A famous bonsai tool brands made in Japan! which is best for you? 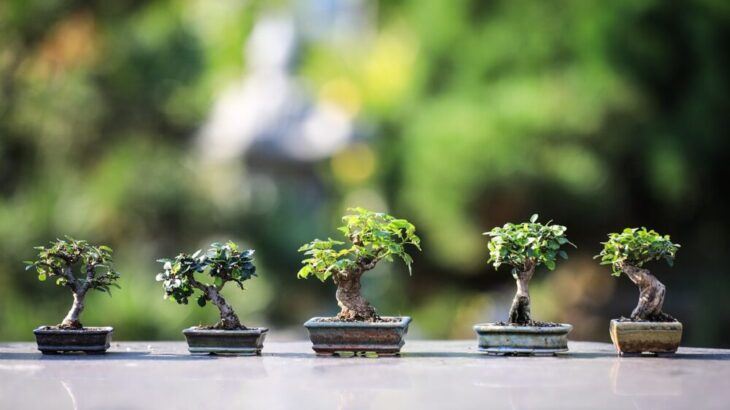 This time, we will introduce recommended bonsai brands that are used by such professionals. and What are the characteristics and differences of each manufacturer? If you are a beginner who has just started bonsai, please remember.

I am a japanese and a manager who attends many exhibitions of gardening materials every year and has many opportunities to talk with many material manufacturers. I will talk about sales and complaints at the material store where I work, focusing on stories and topics I have heard.

What are the major bonsai tool brands?

There are several towns in Japan that make famous hardware. Bonsai tools such as scissors and pincers are made of metal, so these towns are also places where famous manufacturers are located.

These are famous Japanese hardware towns. In addition, there are famous brands in Saitama, which is said to be the prefecture that speaks of bonsai.

There are many brands of bonsai tools that come to mind.

Interestingly, four of these are bonsai brands made in Sanjo, Niigata. According to one theory, 80% of bonsai tools were originally made in Sanjo and then sold elsewhere. In other words, after the scissors are made in Sanjo, each brand sells them after finishing them.

What do Japanese people think about the difference between brands and manufacturers?

First of all, let’s remember the difference between brands and manufacturers that Japanese people think of. The Japanese think of a manufacturer as the company that makes or finishes the scissors. A brand is a brand name or a trademark.

Masakuni, a bonsai brand admired all over the world

Masakuni is written as “昌国”. Masakuni is undoubtedly the most famous brand of bonsai tools in the world. In fact, that homepage is also written in English and we are making a site for overseas.

Masakuni became the first manufacturer in the world to manufacture bonsai care tools. It all began 70 years ago when Masakuni I created a pair of scissors. Since then, they have devoted themselves to development together with the famous bonsai masters of Omiya Bonsai Village, and most of the bonsai tools that exist today, such as pruning shears, sprout picking shears, cobb cutters, pincers, and wire cutters, were developed by them.

In addition, Masakuni has a strict and high level of quality to the extent that it has received approval for manufacturing medical equipment from Japan. Using the highest grade pure steel as the material, all ideal tools are manufactured in our own factory based on the process of Japanese sword manufacturing by craftsmen.

Therefore, Masakuni can be used for 30 to 40 years depending on how it is used. At first, the scissors bite is a bit stiff, but as you continue to use it, it becomes light and comfortable to use. Also, for cutting branches, it is assumed that the blade will be used for a long time, such as the tip being slightly longer in anticipation of the blade becoming shorter.

Not everything is handmade. It seems that machines are actively used for things that have the same result whether hand-made or machine-made. Masakuni makes it possible to sell bonsai at a low price by using machines so that it can be easily distributed to all bonsai practitioners. 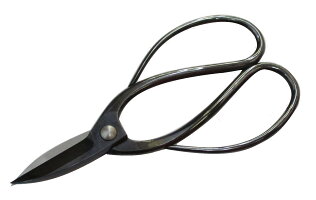 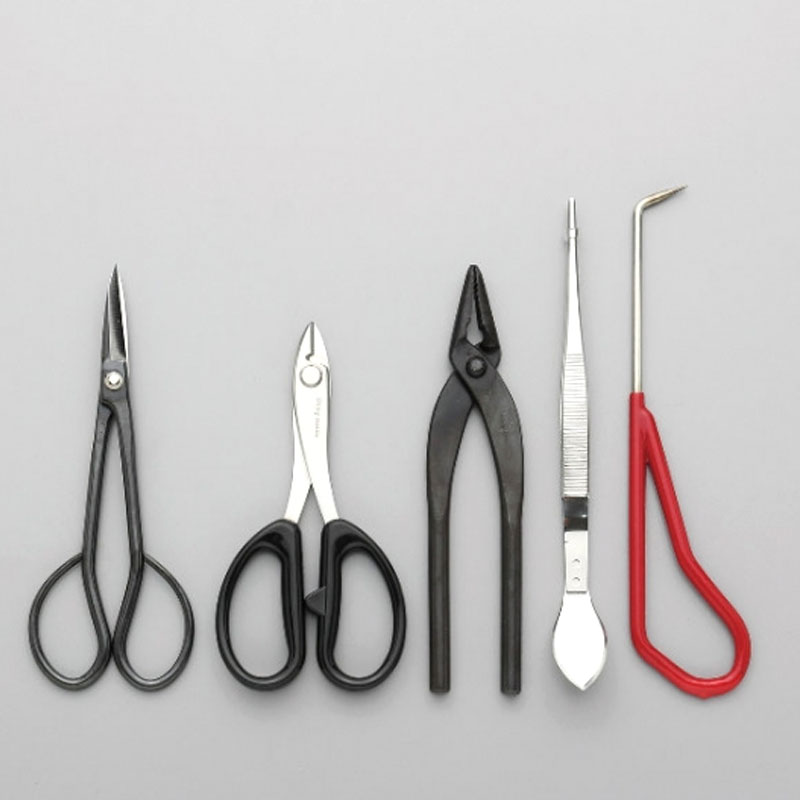 Kikuwa is written as “喜久和”. Kikuwa is a world-famous bonsai tool brand as well as Masakuni. The company has been in business for 60 years, but at first it seems that they were making carpentry tools. After that, it started to make gardening tools and gradually started to make bonsai tools.

Kikuwa makes many kinds of bonsai tools. Among them, the bonsai set for beginners is popular. In fact, the 5-piece bonsai set is a classic and sells well in Japan. Kikuwa himself also sells directly, and is actively selling overseas.

Kikuwa is a manufacturer in Sanjo, Niigata, but unlike Masakuni, it does not make bonsai tools.

“Kaneshin”, a bonsai brand from Seki City, a town of hardware manufacturing

Kaneshin is written as “兼進”. “Kaneshin” is a brand of Kaneshin Hamono Seisakujo, which has a history of handling bonsai tools for 60 years. It is a bonsai brand that has many fans around the world with the motto of sticking to good things made in Japan.

Kaneshin has a strong commitment to making products made in Japan, and for that reason they put a lot of effort into training craftsmen. You can see the commitment from the fact that the homepage also describes the training. Kaneshin does not manufacture knives, but professional craftsmen who are proud of Kaneshin continue to make high-quality blades.

It is very popular from overseas, and many people say that they are looking for Kaneshin. The product lineup is designed to satisfy everyone from beginners to professionals. Kaneshin is also a factory that makes knives from fertilizer and maintenance tools, and we also have gardening supplies.

“Koshino Kozo” is famous for its Bonsai long handled scissors （足長盆栽鋏）made by a cutlery maker. 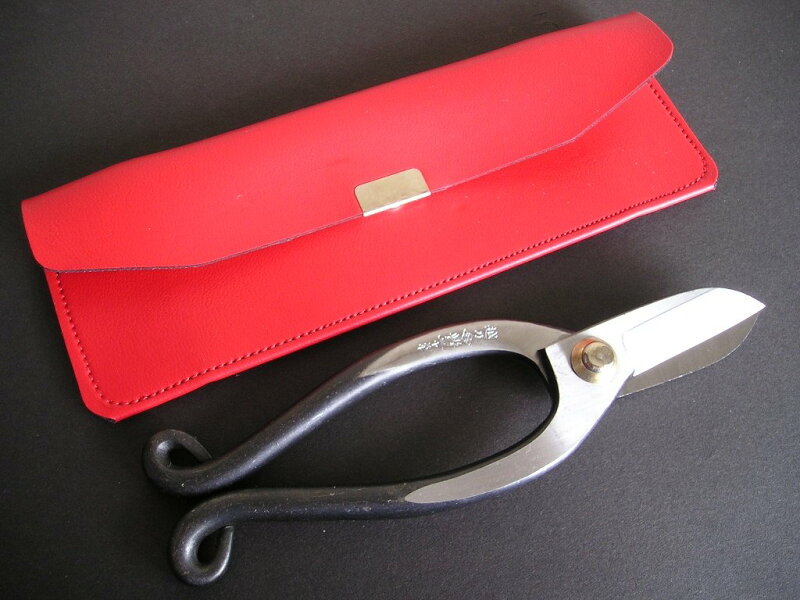 It is no exaggeration to say that Kozo Koshino is the brand that created the most widely used “Bonsai long handled scissors” in the world of bonsai. It is made by a company called Tsubota.

Brands made by Tsubota is

There are several brands that are made from Tsubota, and they are divided into series such as those. and In Koshinokozo has

series. Each has its own characteristics, so you can choose the one you like. However, I think Kozo Koshino is often out of stock items. 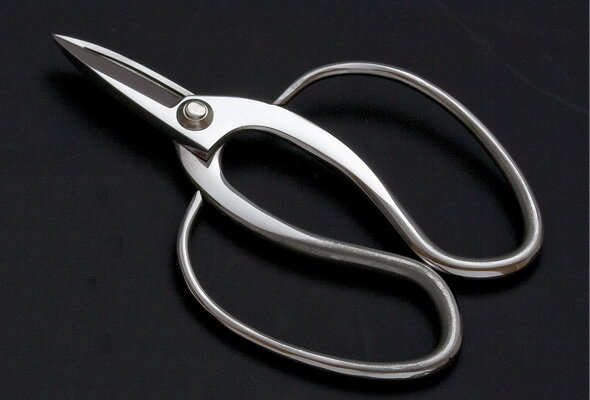 That mean is “The joy of cutting” and written as “切れるよろこび“. “Kireru Yorokobi” is a brand that has been introduced in a famous bonsai magazine, and is made by Tsukuru Yorokobi Kobo (Babacho Co., Ltd.).

Hitachi Metals Yasugi Steel SLD, which contains 1.45% carbon, which is said to be the highest level among stainless steels, is used, making it a steel with excellent hardness, wear resistance, sharpness, and durability.

That brands has 2 patterns of metal finish

you can choose from them. In particular, the satin finish is a finishing method that can only be found in “Kireru Yorokobi”, and it is rust-resistant and has a fine and beautiful appearance. In addition, about half of the products have an special type for the scissors retaining shaft, which makes it easy to disassemble and clean.

The sharpness of the scissors was very well received at the International Garden Exhibition in Germany, and visitors were amazed at how the blades of the scissors entered the thick booklet like butter. 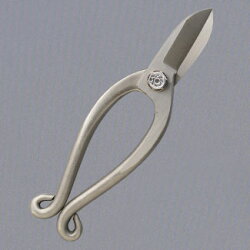 Other famous brands and anecdotes

I have introduced some famous brands of bonsai so far, but there are many other manufacturers. I don’t have enough information to talk about it in detail right now, so I’ll just explain it briefly.

Genzo is also a bonsai brand made in Sanjo, Niigata. Genzo was the first to manufacture and name the Trimming shears（さつき鋏） that cannot be removed as bonsai scissors.

Unlike the brands introduced above, Ars Corporation and Okatsune are famous brands and manufacturers of gardening scissors, although they mainly produce more types of pruning shears and less gardening shears.

There are many other small manufacturers like Furusawa Seisakusho that make bonsai tools such as pincers all over Japan. As I mentioned above, except for Masakuni and Okatsune, most of the bonsai scissors are made in Sanjo, Niigata, and are wholesaled to each brand. 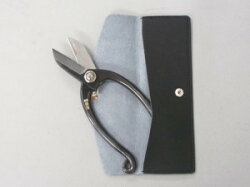 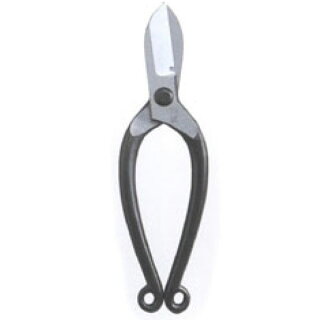 The world of bonsai, which is gaining attention all over the world and is becoming more and more popular. The bonsai tools are also popular in Japan and are sent to China, Vietnam, Europe, etc. It is also sold overseas through the Internet, so anyone can easily obtain it.

I also sell and deliver more to Japan, but I feel that most of the people who buy in large quantities are overseas. Of course, there are many inquiries about Masakuni, Kikukazu, and Kaneshin.

Here are some of the famous brands that we recommend.

If you are a beginner, it is recommended to try using Kikuwa or Kaneshin first, and then try using Masakuni in the next step. The characteristic of Masakuni is that it can be used for a long time, so take good care of it and use it for a long time. 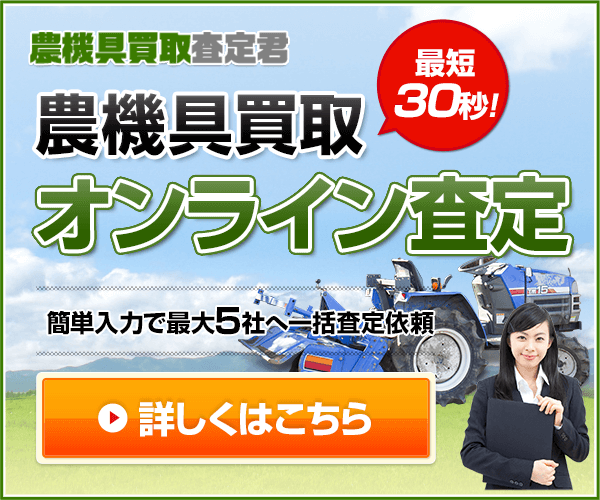 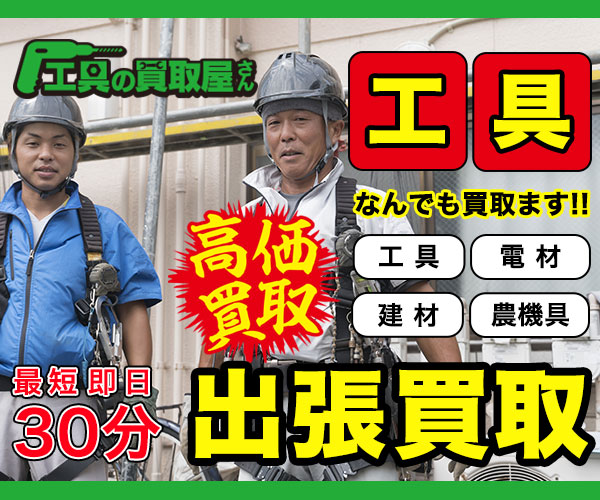 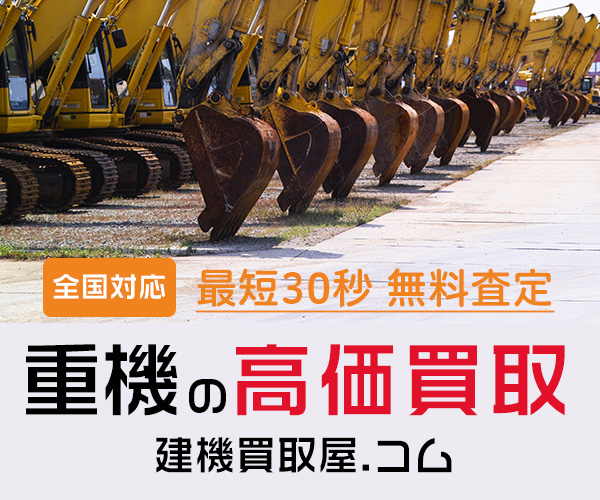